The following article appeared in Harper’s Weekly on July 18th, 1863

“On Sunday, the 29th of June, 1863 it was reported that the Confederates were on the turnpike road from York to Columbia Pennsylvania (twelve miles), and were four miles from Wrightsville, at the west end of the Columbia-Wrightsville Bridge; but as there had been many flying reports no attention was paid to this one, until the citizens of both towns were startled by the firing musketry and artillery.

The force of the Confederates was about 2000, including horse, foot and artillery – ours about 1400, composed of infantry and cavalry, without artillery.  The rebels showed themselves well acquainted with the country, and instead of attacking our rifle-pits on the front or west, they appeared from the wooded hills on the north and south. 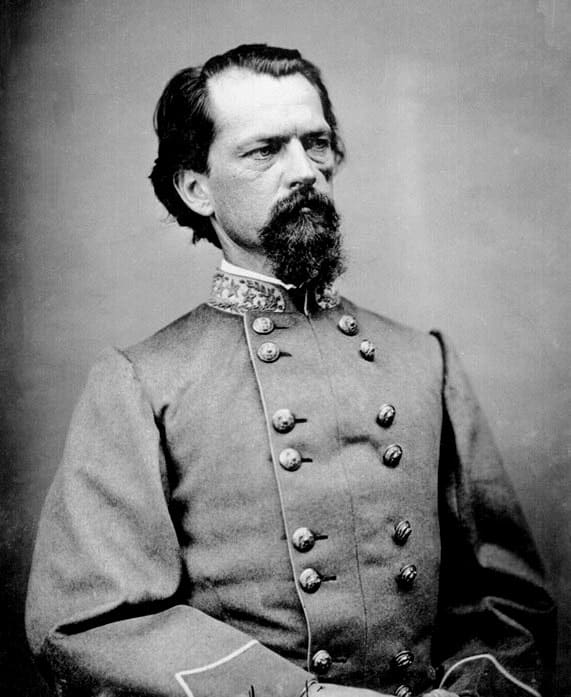 Confederate General John Brown Gordon of Georgia – In 1863, General Gordon led his brigade to the town of Wrightsville in York which was the most eastern point reached by any Confederate force in Pennsylvania during the Civil War.

Our men stood their ground well until six or eight pieces of artillery opened with shot and shell, when they broke and ran for the bridge, which they entered as the infantry of the enemy were endeavoring to intercept them. It was at this point that we lost a number of prisoners, stated by some to be as high as two-hundred but as stragglers have been coming in pretty freely this number is probably exaggerated. When the rush was made to enter the bridge, the gates are said to have been closed to prevent the enemy from following fugitives to Columbia.

The rebels had stationed guards upon the by-roads, with which they were well acquainted, and it was asserted that an officer who accosted a farmer was recognized by the latter person as a person who had passed a night with him some time previously. It is also stated that one of the principal officers of the invading force was the engineer who located the railroad between York and Harrisburg, and who may therefore be presumed to be acquainted with the fordings.

The bridge had been prepared for partial destruction by cutting away most of the supports, removing some of the outside boarding, and sawing through the roof, so as to allow a span or two to drop into the river; while toward the western end a pier was charged with gunpowder with the expectation that it would be blown up and the dependent spans thus dropped.  But when the period of destruction arrived, three reports were heard in quick succession, followed by a cloud of smoke, which led us to believe that some of the cannon guarding the entrance at Columbia had been taken to this part of the bridge and fired at the entering rebels.  But the pier withstood the explosions, and in a panic the bridge was rashly fired, although defended with some half dozen cannon at the eastern end. 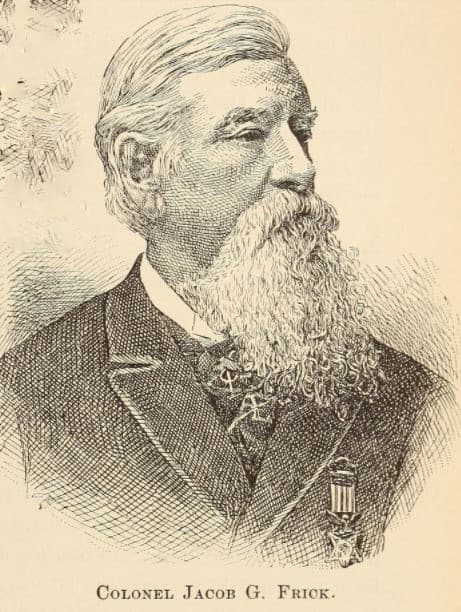 Union Colonel Jacob G. Frick, a Medal of Honor recipient for gallantry in action during The Battles of Fredericksburg and Chancellorsville. In 1863 he was ordered to “prevent the enemy from crossing The Susquehanna River at or near Columbia at all hazards.” Thus, the Union Army burned the Columbia-Wrightsville Bridge to keep Gordon’s Confederate troops from crossing.

The artillery firing of the enemy commenced about seven o’clock in the evening, lasting about twenty minutes; by eight o’clock the flames were visible, and spread in both directions, probably at the rate of five minutes to a span, although the arches and frame-work stood burning after the roof and weather-boarding has disappeared.

The bridge was about a mile and a quarter long, built upon good stone-piers, the spans being about 175 or 200 feet in length. Besides two roadways and railways, it had upon the south or down-stream side a double towing-way for the Susquehanna or Tide-water Canal.

Our view (below) is a night sketch from the north, the smoke tending toward the west or Wrightsville end of the bridge, and also northward up the river.  The night was calm, the river unruffled, and at its present low stage having various exposed rocks and islets, which present a somber appearance in contrast with the glare of the conflagration…” 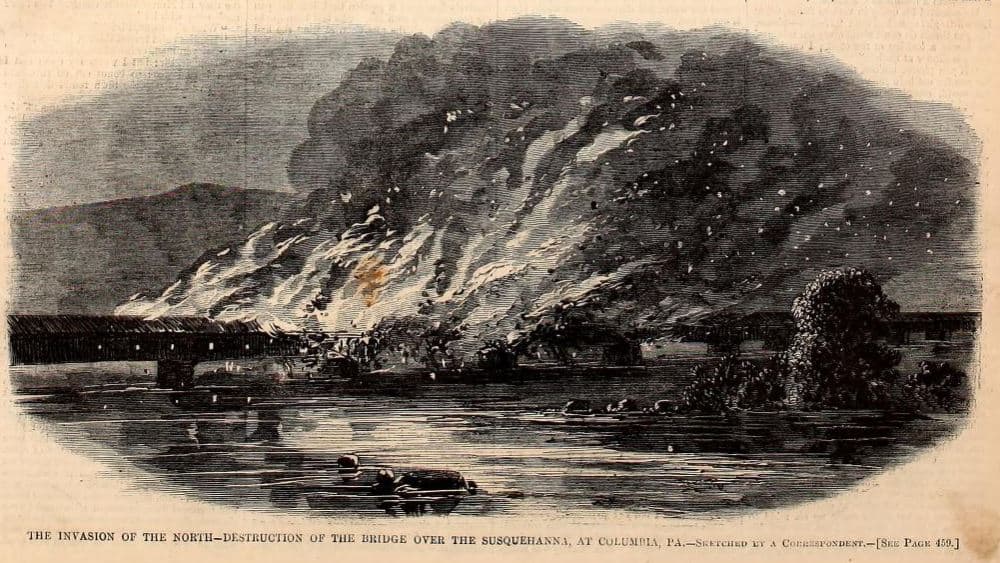 To see a painting of how the bridge may have looked in 1863, before it was burned, click here: http://explorepahistory.com/displayimage.php?imgId=1-2-7D4