She frequented Europe many times throughout her life and even lived in France during WWI. Her poetry was first published when she was a teenager and over the years she produced some of the finest works in American literature

“Though life should come
With all its marshalled honours, trump and drum,
To proffer you the captaincy of some
Resounding exploit, that shall fill
Man’s pulses with commemorative thrill,
And be a banner to far battle days
For truths unrisen upon untrod ways,
What would your answer be,
O heart once brave?
Seek otherwhere; for me,
I watch beside a grave.

Though to some shining festival of thought
The sages call you from steep citadel
Of bastioned argument, whose rampart gained
Yields the pure vision passionately sought,
In dreams known well,
But never yet in wakefulness attained,
How should you answer to their summons, save:
I watch beside a grave?

Though Beauty, from her fane within the soul
Of fire-tongued seers descending,
Or from the dream-lit temples of the past
With feet immortal wending,
Illuminate grief’s antre swart and vast
With half-veiled face that promises the whole
To him who holds her fast,
What answer could you give?
Sight of one face I crave,
One only while I live;
Woo elsewhere; for I watch beside a grave. 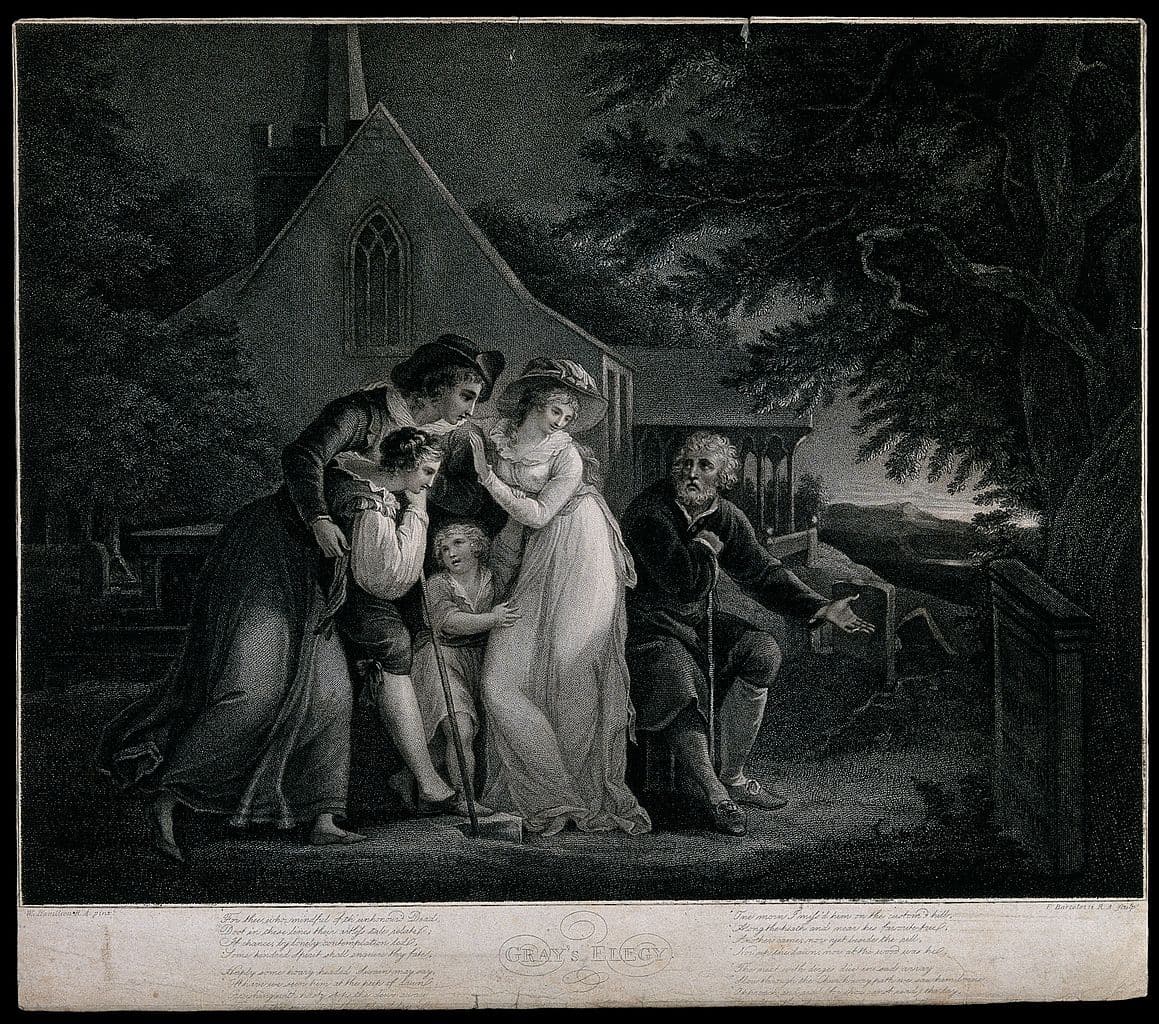 by Wellcome Image via Wikimedia Commons [CC BY 4.0 (https://creativecommons.org/licenses/by/4.0)]

Though love of the one heart that loves you best,
A storm-tossed messenger,
Should beat its wings for shelter in your breast,
Where clung its last year’s nest,
The nest you built together and made fast
Lest envious winds should stir,
And winged each delicate thought to minister
With sweetness far-amassed
To the young dreams within—
What answer could it win?
The nest was whelmed in sorrow’s rising wave,
Nor could I reach one drowning dream to save;
I watch beside a grave.”

Who was this skilled penwoman? 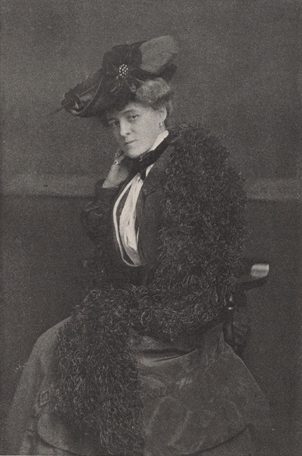 Best known for great works such as Age of Innocence, Ethan Frome and House of Mirth, Wharton demonstrates her ability to eerily set ominous tones in her collection of short stories titled “Tales of Men & Ghosts” published in 1910.  Here is a small portion from the story “Afterward”

“Then of a sudden she was seized by a vague dread of the unknown. She had closed the door behind her on entering, and as she stood alone in the long silent room, her dread seemed to take shape and sound, to be there breathing and lurking among the shadows. Her short-sighted eyes strained through them, half- discerning an actual presence, something aloof, that watched and knew; and in the recoil from that in- tangible presence she threw herself on the bell-rope and gave it a sharp pull.” 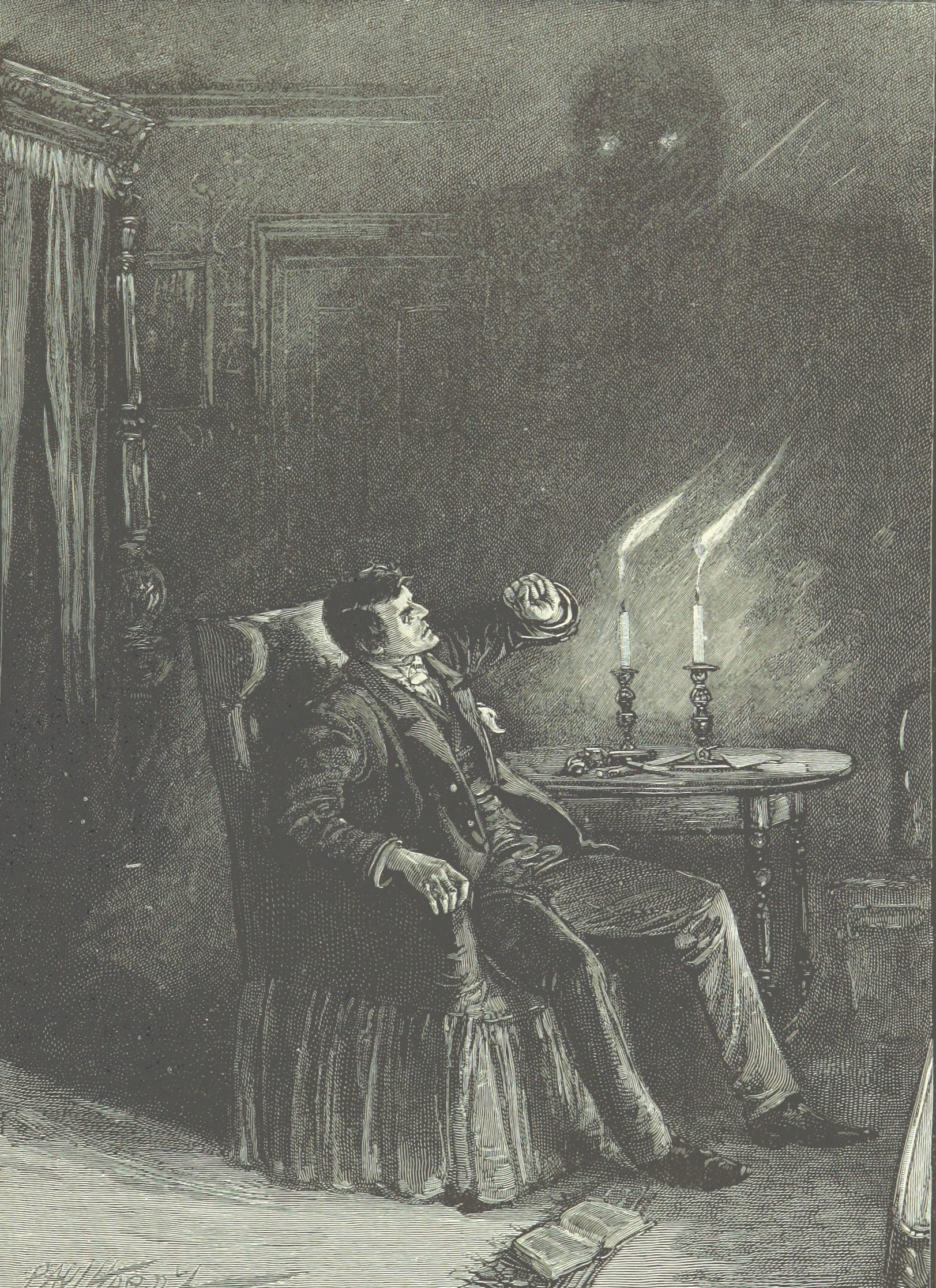 From: “The World of Romance. A treasury of tales, legends and traditions. Illustrated” via British Public Library, no known restrictions

Click the audio play button below to listen to Wharton’s The Eyes: 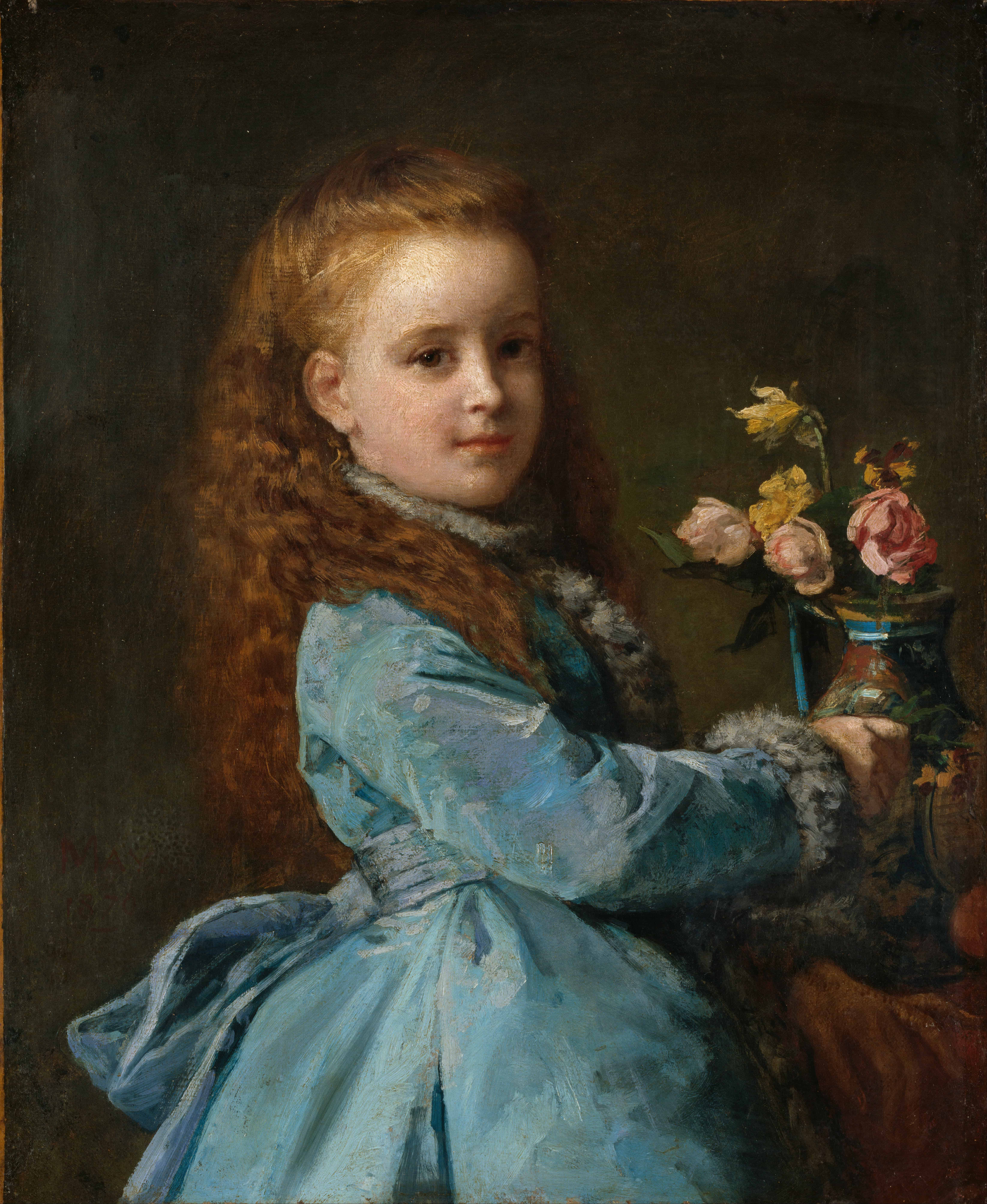