Our first featured chilling author (of Volume II) was born in Italy nearly 7 years before the American Civil War.

His father, who died only three years after our author’s birth, was one of the most talented sculptors in American history who designed works that can be found in the U.S. Capitol Building.

Our writer was educated in Italy, Germany, India and studied in America at different times during his life which included learning at Harvard University.  As a world traveler he became versed in several languages and developed a talent for writing about subjects such as history, romance and even horror fiction.  Who was this man? 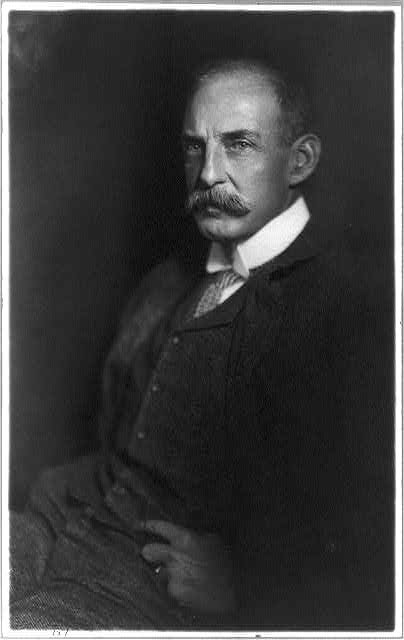 “Suddenly, as I stood, I distinctly heard something moving behind
me in one of the berths, and a moment afterwards, just as I turned instinctively to look  though I could, of course, see nothing in the darkness — I heard a very faint groan. I sprang across the state-room, and tore the curtains of the upper berth aside, thrusting in my hands to discover if there were any one there. There was someone. I remember that the sensation as I put my hands forward was as though I were plunging them into the air of a damp cellar, and from behind the’ curtain came a gust of wind that smelled horribly of stagnant sea-water. I laid hold of something that had the shape of a man’s arm, but was smooth, and wet, and icy cold. But suddenly, as I pulled, the creature sprang violently forward against me, a clammy, oozy mass, as it seemed to me, heavy and wet, yet endowed with a sort of supernatural strength. I reeled across the state-room, and in an instant the door opened and the thing rushed out. I had not had time to be frightened, and quickly recovering myself, I sprang through the door and gave chase at the top of my speed, but I was too late. Ten yards before me I could see — I am sure I saw it — a dark shadow moving in the dimly lighted passage, quickly as the shadow of a fast horse thrown before a dog-cart by the lamp on a dark night. But in a moment it had disappeared, and I found myself holding on to the polished rail that ran along the bulkhead where the passage turned towards the companion. My hair stood on end, and the cold perspiration rolled down my face. I am not ashamed of it in the least: I was very badly frightened.”

Interior of the home of Julia Ward Howe located at 241 Beacon Street in Boston, MA.  Julia was Francis Marion Crawford’s aunt and he lived with her and her husband between the years of 1881-1883.

During his lifetime Crawford wrote more than 30 novels. Among them was The Witch of Prague – published in 1891…

“She knew that horror, for she had been overtaken by it once before. She was
not afraid, but she knew what it was. There was a shadow, too, and a dark woman, tall, queenly, with deep
flashing eyes was standing beside her.  She knew, before she looked; she looked, and it was there. Her own face was whiter than that other woman’s.” 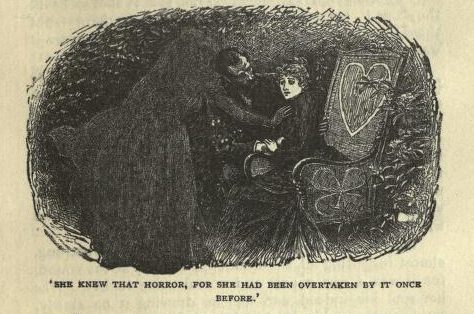 Some of Crawford’s most popular horror fiction stories can be found in his collection titled Wandering Ghosts (dubbed Uncanny Tales in The United Kingdom.)  The first story in this collection is named The Dead Smile…

“…And as she grew sick with fear of the frightful unknown evil to which her
soul was bound, she felt a bodily something pressing her, and pushing her, and forcing her
on, and from the other side she felt the threads that drew her mysteriously : and when she shut
her eyes, she saw in the chapel behind the altar, the low iron door through which she must pass to go to the thing.

And as she lay awake at night, she drew the sheet over her face, lest she should see shadows
on the wall beckoning to her; and the sound of her own warm breath made whisperings in her
ears, while she held the mattress with her hands, to keep from getting up and going to the chapel.
It would have been easier if there had not been a way thither through the library, by a door which
was never locked. It would be fearfully easy to take her candle and go softly through the sleeping house.

And the key of the vault lay under the altar behind a stone that turned. She knew the little secret.  She could go alone and see.  But when she thought of it, she felt her hair rise on her head, and first she shivered so that the bed shook, and then the horror went through her in a cold thrill that was agony again, like myriads of icy needles boring into her nerves.” 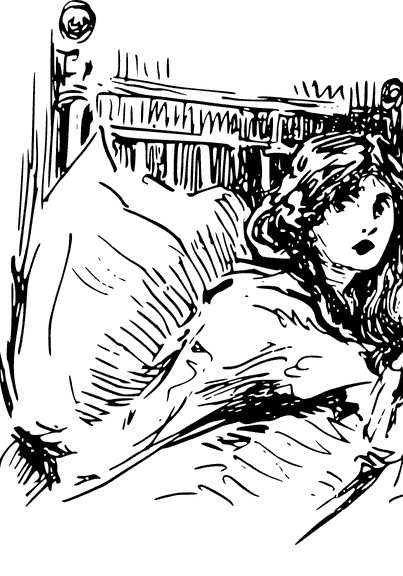 Also in Wandering Ghosts is a tale of terror which is often considered to be one of Crawford’s best horror fiction writings.  We kick off Volume II with… 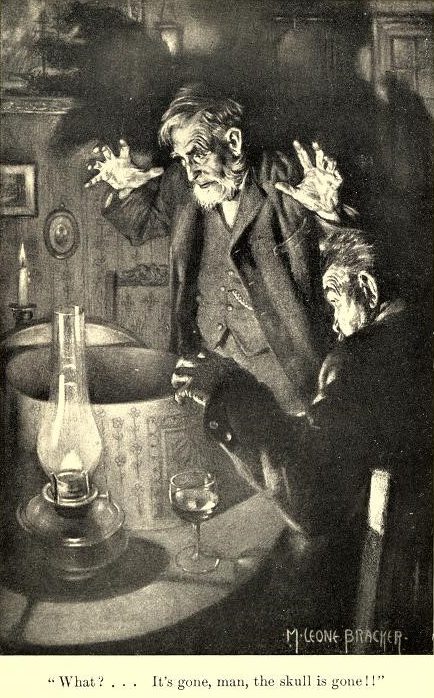 Throughout the month of October, Heartfelt History invites our readers to listen to audio versions of our featured spine-tingling stories.

If you’d rather read The Screaming Skull – click here: https://archive.org/stream/wanderingghostsw00craw#page/42/mode/2up 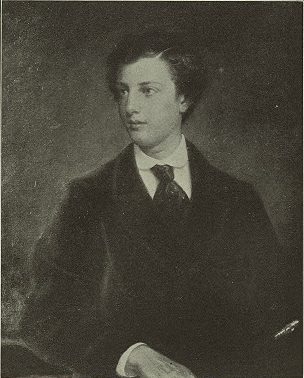 3) Photos in the public domain